Crayfish, also known as crawfish, freshwater lobster, mud bugs, freshwater crab, crawdad and several other names depending on where you are in the United States, have become a major nuisance in certain regions of the country. There are over 300 species in our country; several species are raised specifically to be eaten. However, as people have relocated populations close to streams, rivers, ponds and lakes, crayfish problems have developed. This article will explain why crayfish can become a problem and then offer control measures to help reduce damage and populations which are too large.

Crayfish are natural food for many animals including snakes, mink, otter, raccoon, birds and many species of fish. Property owners will plant crayfish in ponds and lakes in an attempt to feed their private fish stock. Given the chance, these initial populations will bloom uncontrollably and if given the chance, can actually reduce fish breeding as well as lead to damage of important lake shore.

HOW CAN CRAYFISH DAMAGE PRIVATE LAND AND WATER? ^

Crayfish cause damage property several ways. First, they eat a lot. They love fish eggs and fry and seek such food supplies when available. Their tenacious diet will prevent local fish populations from developing properly. Be careful when trying to use crayfish as a main food supply hoping to feed fish which will grow unusually large because of the abundance of crayfish. In the end, a large population of crayfish may lead to decreasing the amount of fish you’re trying to grow.

The second way crayfish cause problems is with their burrowing. This can occur two ways. Initially, most species will burrow out onto the water shore and emerge a few feet up on dry land. Their burrows serve as a way they can retreat from the water as well as to provide shelter. This happens all the time where crayfish are present; most of this is never noticed by land owners.

However, as populations of crayfish increase, their burrowing will reach further and further out into turf areas. Overcrowding will cause them to leave the water to nest. Basically they’ll be walking out past existing burrows to dig new ones further and further away from water. This digging will occur mostly at night and generally leads to turf damage in two ways.

Crayfish burrows will be killing plants and shrubs as they dig. Additionally, their burrows are unsightly. Some people refer to them as “chimneys” or “crayfish castles”. Regardless these “castles” are not attractive in the yard.

Another type of damage which stems from these burrows is caused from predatory animals which will dig looking for food. Raccoon, skunk and armadillo will regularly dig into turf causing even more of a mess as well as additional damage. Remember, humans are not the only animal which enjoy a good crayfish meal.

In summary, crayfish can rapidly multiply leading to populations which the local water environment may not be able to sustain. To keep these numbers in check, there are two things you can do.

If you have a lot of water on your property and need to remove a lot of crayfish rapidly, use some CRAYFISH NET TRAPS. These are relatively inexpensive and very effective at catching a lot of crayfish quickly. Set them out along shore lines with twine leads for quick removal. Feeding crayfish are easy to catch and will readily come onto these offerings. But in heavily populated waterways, you only have to set the trap in the water and within hours these nets could have several on top ready to be removed.

If you don’t want to kill the crayfish or if you only have a few areas with activity, apply one of our repellents.

BLACK SNAKE SULFUR releases a nasty odor down their castles they can’t ignore and will readily retreat to a new location once applied. You’ll see them leave within a few days.

It won’t hurt them or any other animal or insect. But crayfish won’t like its “taste” once it trickles down into their home and they’ll move away.

For best results, first draw a “line” along their point of entry. This line will effectively act as an invisible fence of sorts keeping them from moving closer.

Next, level or remove large castles and then apply 6 tablespoons of Black Snake per castle. Renew the applications if they rebuild destroyed castles or if new castles appear.

If you have too many castles to treat with the repellent, NBS sprayed on each will do the same job. Add 3 oz per gallon of water and apply a pint of mixed solution per castle. Treat any new castles that appear following your initial application. 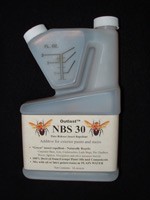 Now keep in mind these are repellents so there is a chance they may relocate to another area in the yard. And if this starts to happen, you should consider treating more of the yard. You’ll get about 500 sq/ft of coverage per mixed gallon of NBS.

If you have crayfish castles appearing in dry areas or above a nearby water supply such as a pond or retaining ditch, gassing them with GIANT DESTROYERS will render their tunnels unusable. This sulfur based repellent will actually kill crawyfish if they don’t leave. But if they avoid the gas and escape, the sulfur will coat their tunnels rendering them unusable.

Gassing is effective for large areas littered with crayfish because you can many times treat several burrows with one just one gasser. This will happen because the gas can travel 10-25 feet and often times many tunnels are linked. This means one gas stick applied to an active burrow can effectively fumigate 3-5.

To see this happen, carefully watch all nearby burrows to see if you notice smoke releasing from their top.

To gas a burrow, you’ll need to remove the castle and then drop a lighted gas stick down the tunnel. Place the castle over the hole for at least 10 minutes to ensure the smoke locks into the soil.

Plan on using one stick per burrow but remember it could end up treating 3-5 depending on the spread of the underground tunnels.

After you gas or powder their burrows, install our SOLAR POWERED SOUND REPELLER for a permanent solution. This design is one of kind and not available elsewhere. True, there are models which look like ours but they don’t have all the features our units have which are important for certain pests like crayfish.

This device uses the sun to charge an on board battery so it runs on its own power around the clock.

Once installed and powered on, it will release different sounds including rattles and vibrations that will both move the ground and create a sound wave crayfish don’t like. By default, they vibrate several times a minute and they change their cycle.

In addition to sound, they use small white LED bulbs located on underside of controller head. These light up when its dark which effectively tell you the units are working. When placed close to active crayfish, they will become uncomfortable.

Coverage for these units when used on crayfish can be as much as 4,000 sq/ft per unit. But not initially.

So when you first place them out, you’ll want to start at the area “closest” to you, basically their “latest” nest/castle locations. We call it the “outer edge”.

This “outer most” area should be lined with repellers spaced 30 feet apart. After a week, move them toward the retreating crayfish which will probably be further “away”. Do this every week, moving them about 10 feet further “into” the crayfish areas so you are effectively “taking back” some of the yard/land.

To insure they don’t “flank” your placements, leave at least one behind to cover the vast open “clean” area. For that placement, the 4000 sq/ft will be a good amount of land that can be protected per machine.

For the front line, place units 30 feet apart making the “line” as wide as is needed. So if you have a 60 feet line you want to create, there will be 3 units needed. For a 90 foot line, 4 units.

Ultimately, once the land is  purged of activity, place the units out in a “checkerboard” pattern so the entire yard is protected.

Installing Ground Sound Repellers should be done after you treat active burrows with either Pest Rid,. Sulfur or Giant Destroyers. Plan on getting them charged for two days before installing them to ensure their battery is fully charged. 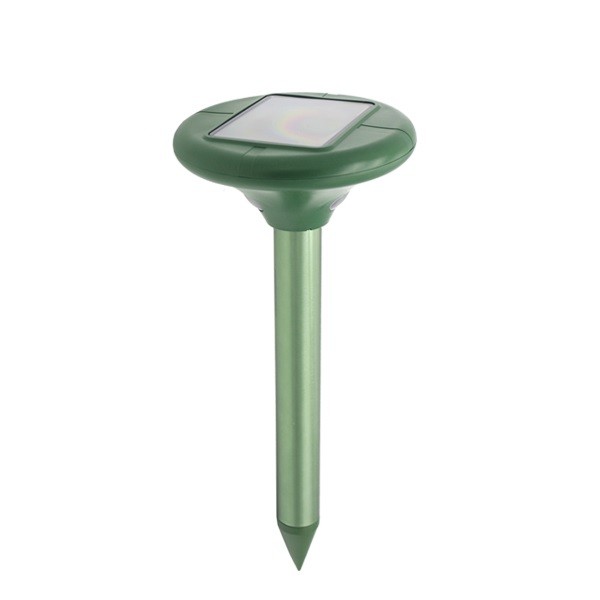 DO NOT force these into the ground; use a good SOIL AUGER to drill the proper sized holes. 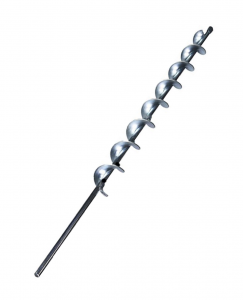 Order online and get a 5% discount! We ship fast with 99.9% of all orders shipping within 1 business day!!


Learn more about BUGSPRAY.COM and why it’s never been easier or safer to do your own pest control.


Please show your support for our business by purchasing the items we recommend from the links provided. Remember, this is the only way we can stay around to answer your questions and keep this valuable web site up and running. Thanks for your business!