We have what we think are bat bugs but they look a lot like bed bugs too. Can you tell the difference? I sent a pic.

We’re seeing them upstairs in our bedrooms. Some are on the wall and ceiling but they’re also biting the kids so they must be in the room too.We don’t see any downstairs and we seem to be okay during the day. But at night, we’re finding them if you turn the lights on after its been dark for awhile. I’ve been told to use your bed bug spray but will this work for bat bugs too? They just showed up after Halloween.

The picture you sent is definitely a bat bug. And based on where you’re seeing them, it makes sense.

Bat bugs are commonly carried by a range of animals. Most commonly found on bats, they’ll roost where bats are “hanging out”. Literally. So if you had bats hanging on your home’s siding or worse, in your attic, some bat bugs would have migrated off the bats and onto or into the home too.

Now once the bats leave for the winter and migrate south, the bat bugs left behind will be forced to forage to eat elsewhere. This forces them to search. If they make it to living spaces, they’ll find where people and pets are active.

Like bed bugs, bat bugs feed on blood. They prefer to eat at night and very “stealthy”. They’re actually quite fast and once they know where to target someone or some pet, they’ll stage themselves nearby. Common nests sites include but are not limited to areas behind paintings, in cabinets, in dressers, around air vents and inside electric outlet covers. When it gets dark and someone retires for the evening, they’ll forage out to do their deed while you sleep.

The good news is our bed bug products will work fine on bat bugs. But there are some differences when treating if you want to knock them out for good. Bed bugs are generally isolated to the living area of the home so you can attack them right where they’re nesting. Bat bugs are different. They’re often times coming from some remote location of the home. In most cases, its the attic. In the big picture, this means just treating your living area would be short sighted. More on this below..

HOW TO TREAT YOUR HOME FOR BAT BUGS ^

Since bat bugs will generally forage down from attics into living spaces, simply treating rooms where you see them or get bit will not solve the problem. True, you can kill plenty. But they’ll just keep coming back. To solve the problem requires treatments that target their nest sites.

To start, liquid spray using BITHOR and GENTROL GROWTH REGULATOR. Use this mixture along baseboards, under furniture and around beds. This will intercept foraging bed bugs which target where people like to rest such as beds, chairs and couches.

The Bithor will control the foraging adults by killing them a day or two after they move through a treatment. The Gentrol won’t kill any bugs but instead it will prevent young bat bugs from reaching maturity. This effectively ends their life cycle if they cannot reproduce.

The other added benefit of Gentrol is that it will translocate. This means it “moves” out over a large area reaching many more bugs and not just the ones you spray. This is critical as the Gentrol will effectively get many bat bugs you won’t reach with just Bithor. Remember, Bithor does not work like Gentrol. It only goes where you spray it. But with Gentrol added to the tank mix, you get much more benefit from the treatment.

Add 1.00 of Bithor per gallon of water and plan on spraying this over 1000 sq/ft. Most homes will require 1-2 gallons of mixed material per treatment. And spray once every two weeks until the problem is resolved. After that, treat every 3 months to ensure they don’t return. 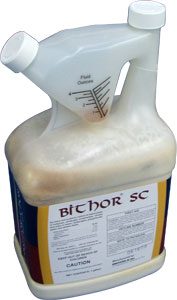 Add 1 oz of Gentrol to the same tank with the Bithor. 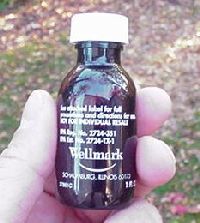 Use a good PUMP SPRAYER to apply the mixture. 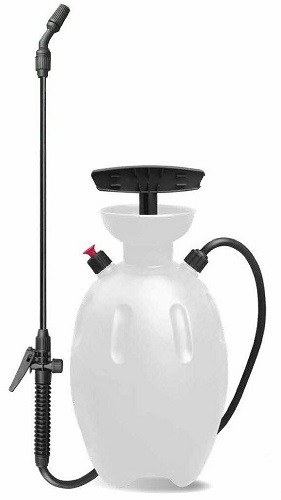 Couches, chairs and beds are commonly used by bat bugs as nest sites. Treat these areas by removing cushions and mattresses so you can reach the frame of the piece.

If you’re not comfortable using the liquid mixture due to cosmetic concerns, use BEDLAM PLUS. When used properly, Bedlam will “go on dry” and is well suited for sensitive areas. It uses an adulticide and growth regulator so its just like spraying Bithor and Gentrol. Each can will cover up to 1500 sq/ft. Its good for spot treating in between scheduled liquid applications since its ready to use. This can be helpful if you discover a nest or some activity in between scheduled applications. 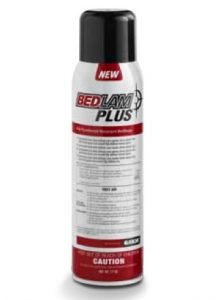 Since bat bugs usually come from attics, if you don’t treat this space you’ll be prone to re-infestations. Bat bugs will overwinter fine so cold won’t kill them. And if bats or birds come back in the future (which tends to happen), they’ll be leaving more bugs which ultimately will end up migrating down to living spaces too.

Dusts are ideal for these areas as they will last 6-12 months and can be applied over the entire space efficiently without causing an issue down below.

A good dust for this treatment is DEMISE. Use 1 lb per 1000 sq/ft. In most cases, one application will solve a problem and last for years assuming your attic keeps mostly dry.

The easiest way to apply Demise is using our DUSTIN MIZER. This unit will effectively “blow” out the dust 10-20 feet so you can distribute it over the attic space without having to walk all around.

Take time to dust all routes of entry too. Bat bugs tend to start around soffits, just under the roof overhangs, where bats or birds my be roosting. From there they can enter soffit vents and migrate out into the attic or down wall voids. If they route down wall voids, they’ll enter living spaces by crawling out of electric outlets, switch plate covers and light fixtures. Dusting these ports requires a little time because you should remove the cover first. But its easy to do and once dusted, you won’t have to treat it again. Also, dust around ventilation ports. Not in the vent but the space between the vent and the cutout. There is usually a big gap, like 1/4 to 1/2 inch which is covered up by the vent’s frame. Loosening the vent and allowing it to “drop down” from the ceiling or wall will usually reveal the gap and if your home has these spaces, get them dusted too.

You’ll need a good HAND DUSTER to make the application. These are easy to use and most outlets will only take a few seconds to dust. 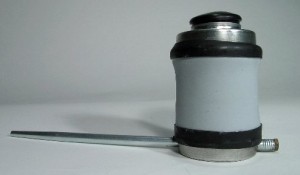